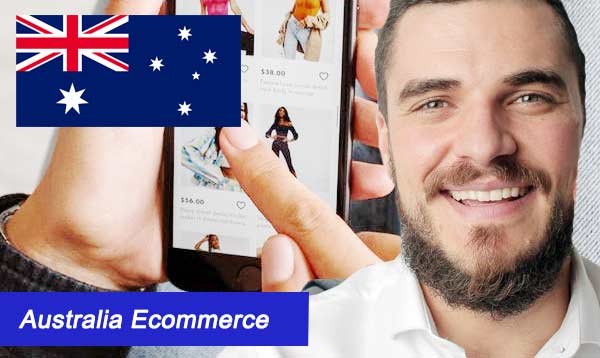 The Ecommerce Market In Australia Is Rising Fast.

Australia is the world's 11th largest eCommerce market, the sales in 2020 are expected to rise to 25.7 billion USD and by 2024 to rise to 32.3 billion USD. This is a rise of 15.5 percent year on year. By contrast, the retail demand for bricks and mortar increased by 3.4 percent to USD200 billion during the same timeframe.

The analysis by the study company Statista stated that 89% of the eCommerce shopping in Australia will be domestic by 2020. In the last year, this demand has risen more than 11%. On eCommerce sites, including Amazon, eBay, Gumtree, more than 40% of all B2C purchases take place. On the actual business Web pages, the rest of B2C eCommerce takes place. Social networking is also a major driver in promoting B2C purchases of over 13 million active Facebook users in Australia.

Retailers drive profits by a combination of online promotions or multi-channel advertisements. The finance sector is an important catalyst for the four large Australian banks that provide a variety of state-of-the-art access to account and payment of bills and mobile transactions. With less dependence on e-commerce sites to trade, B2B transactions are slightly more fragmented.

In 2018, overseas retailers sold just 21 percent of products to Australians. Australia Post estimates 40% of the most recent purchases of Australia came from China. In the last two years, the United States has decreased in share and now accounts for 21% of foreign procurement, with the UK (14%), Hong Kong (6%), and New Zealand (3%). In general, these sales are due to improved commodity offers and lower pricing provided by foreign manufacturers. At a rate of 10% of the landed value of the goods and service tax (GST), originating from abroad.

According to the Australia Post report, PayPal accounts for 48.8 percent of all online purchases. 39.9% of online transfers are credit and debit cards. The buy now pays later account for 6.7% of online sales, with the fastest rising category. AfterPay is the most common supplier in this market.

In the local market, mobile eCommerce is an important prospect. Mobile payment and order is a big tactic for all dealers with almost 100% mobile penetration. According to a new PayPal survey, 26.4% of all eCommerce operations happen by cell phone, a growth of 28.8% annually, and dwindling transactions on laptops and desktops over the last few years.

Positive Prediction For The E-Commerce Industry In Australia

Driven by solid export growth and expansion of household consumption, Australia's economy grew closer to capacity in 2018, supporting Australian e-commerce. These two factors are therefore projected to diminish, which is expected to moderate the real growth of the gross domestic product.

A combination of factors, including slow wage inflation, high household debt levels, and an already poor saving rate, is the anticipated reduction in household spending. These considerations are intended to continue and serve as an incentive for household and e-commerce spending. Furthermore, any decline in Australia's largest trade partner, the Chinese economy, will have an effect on domestic expansion. house prices falling can also have a short- to medium-term effect on expenditure.

Australia's e-commerce sector has expanded at a dual-digit pace of $33.1 billion in recent years. A stable economy and good internet connectivity helped transactions with a limited population of 24.6 million, rather than a large customer number. That said, the annual compound rate of growth is projected to slow down from 8.9 percent in the coming years. This compares largely to the growth expectations of other established and advanced e-commerce industries such as the UK (9%)and the US (10.2%).

The stagnation in Australia is motivated by increasingly prominent preferences for discount shopping. Online marketplaces and discount stores have become Australian online purchasers' most popular sites in recent years, with over 50 percent increase in orders using these platforms. The fact that Australians make more online sales, year after year, but the value of their purchases is falling, is a reflection of this pattern in searcher deals. Australia averages are $1,644 per year online spending. Essential to pushing this number is to keep shoppers away from discount sites.

The disparity between the rates of metropolitan and regional shoppers is shrinking, and Australians are now popular in cities and rural areas for online shopping. November is Australia's largest e-commerce month and is supposed to be the driving force behind four main events in that month: Black Friday, Cyber Monday, Click Frenzy, and Singles Day. The events were held in Australia and traders in e-commerce taking part in such activities will benefit from their increasing success in Australia.