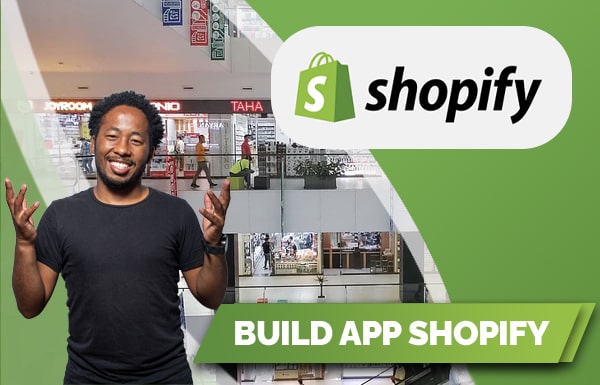 What is a Shopify App?

Shopify is the most popular e-commerce solution, as well as one of the most convenient ones.

It is a web application like any other regular application and can be created in different programming languages. The main difference from a regular app is when you build a Shopify app, you use the admin API of Shopify.

In brief, a Shopify app is a website application connected to a Shopify store.

When you decide to create your first Shopify app, remember the following three points:

The Reason For Building A Shopify App

The growth tendency of the e-commerce market is apparent. Therefore you will gain a list of benefits by creating an application using a large and growing platform such as Shopify. For example, you will satisfy the market demand for growing platforms and have a higher site performance with a Shopify app. Besides, you may conduct your e-commerce business on multiple channels and increase your sales.

There is one more important benefit - with your Shopify app, you will be able to support more than a hundred payments processors and be integrated with Shopify POS.

Here are the steps to create a Shopify App.

The most convenient programming languages to create a Shopify app are Javascript and Ruby because Shopify mostly supports these two languages. Therefore, we would advise you to make your choice within these two options.

As mentioned above, before building your app, you have to authenticate it, which means connecting your application to a Shopify store.

This part may seem a bit tricky, so you can research on the internet if you face difficulties.

You will need the following things to authenticate your Shopify app successfully:

After completing the first two steps, you can feel satisfied with your own Shopify app. However, at this stage, your app is not working yet. To make your app work, you have to do some more work.

Understanding The Structure Of Your App

The core of your app is represented by the server.js file. However, we recommend you choose the server folder to locate the backend of your app.

In addition, there is a public folder, where the front-end code of your Shopify app is placed.

The graphQLClient function includes all necessary settings, and you need to run the function.

Admin API does not accept client-side API requests. That means you will need to move the data through the backend route in your Shopify app to make it available to the front end.

After adding the route address to your browsers address bar, you can access the necessary data.

After all this work, your front-end framework needs to start.

When everything is in place, your app is ready to work.

To boost the worth of your app, give it away for free to influential vendors in exchange for a thorough review. Positive reviews from reputable retailers will encourage others to test your app for free.