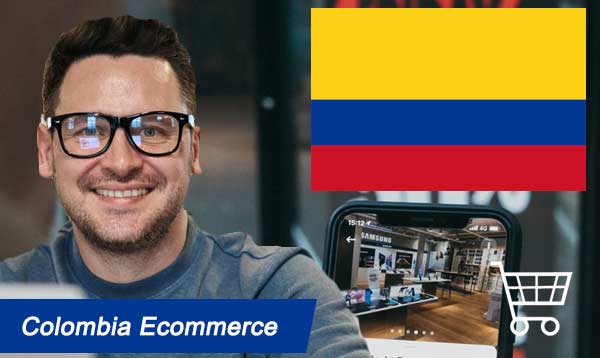 Colombia's eCommerce has significantly grown over the last year. In 2020, there have been 45 million ecommerce users. Including increased access to Web Services via smartphones and increasing online services, particularly banking and online payment, are driving factors that boost growth for Colombian online commerce. Colombia's B2B eCommerce is more popular but restricted by weak infrastructure, especially roads that link with seaports that make supply chains more complicated.

B2C eCommerce Index 2019 United Nations Conference on Trade and Development (UNCTAD) ranks Colombia 66th out of 152 countries behind countries such as Chile, ranging among other factors in the eCommerce index, which ranks eCommerce rate based on Internet use, stable servers, and penetration of credit cards. In Latin America, Colombia ranks high in internet connectivity but also has a lower proven online shopping profile. (BMI) Business Monitor International predicts that the country will continue to expand rapidly in the eCommerce market, out striking regional competitors such as Peru and Chile.

Colombia Ecommerce And The Pandemic

Due to the pandemic, many businesses continue to use electronic commerce to generate revenue, and more customers are buying online. The Colombian chosen payment form remains cash on delivery followed by credit card and debit, although the use of digital mechanisms such as PayU, according to the CCCE, is also popular.

Social networking is an important communication platform that some businesses use to reach consumers and brands. It is used to facilitate the use of eCommerce websites in Colombia. The most famous ones are Facebook, Instagram, YouTube, and Twitter. In Colombia with 32 million subscribers, Facebook is the social network most famous. Instagram has been among 12 million users of the fastest-growing social networks, LinkedIn has 7.8 million people, Snapchat has 4.5 million users, and Twitter in Colombia has 3.2 million.

Colombia's digital marketing has flourished and the conventional marketing mix has shifted. In Colombia, social networks such as Facebook Ads and resources such as Google AdWords use parallel advertisements at a cost-effective price that reaches users who match their target demographic profiles.

Ecommerce will continue to build its audience with the Columbian public. Most Colombians buy from web pages directly. But this pattern is evolving as the millennial generation is purchasing online through social media such as Instagram.

The eCommerce business faces main obstacles in accessing the Columbian market due to underdeveloped internal transport networks, inappropriate to satisfy demand, and leading to large costs and delays in their supply chains, local payment mechanisms (credit card, bank debit, cash-to-delivery, and digital payment platforms like PayU). Tighter regulations were adopted for the regulation of the industry, according to Allpago. Colombian Institutions are heavily engaged in the management and control of commercial information to reduce fraud. The same applies to finance officers who launched a Financial Inclusion Bill recently.

The core e-commerce regulatory regulations are included in three statutes in Colombia: the 1999 e-commerce legislation, the 2014 Decree No.333, and the 2012 Decree No. 2364. Electronically, optically or in related ways, eCommerce controls the information that is produced, distributed, received, or stored, such as e-data exchange (EDI), the Internet, and e-mail. Other matters relating to eCommerce are controlled by the law.

Articles 15 and16 of Law No 1676 of 2013 provide for documentation or agreements that constitute assurances that mobile assets can be stored in data messages without sacrificing value or applicability in so far as proof of mutual consensus to create the guarantee on assets is available, in line with the precedent set by the original eCommerce law. Departments will likewise retain company and corporate books in their data messages under Decree No. 805 of 2013.

The Regulation No 2364 of 2012 governs all forms of electronic signatures and Decree No 333 of 2014 controls digital signatures and certifying bodies in particular. As long as they are checked by a certifying body or by a credible and appropriate process to recognize the signatories, the most important contribution to those regulatory requirements is to validate the authenticity of digitally signed electronic signatures.

On the 18th of April 2016, Colombia formally implemented the latest electronic invoicing model. This new model will be laid out by Decree 2242 of2015, aimed at extending the use of electronic invoices for those who purchase goods and collect electronic documents, to the benefit anticipated by DIAN (Directorate of Columbia's National Tax and Customs) Facilitating issuance and interoperability requirements between all parties.

Law on (IPR) Intellectual property rights in Colombia do not have enough security and need to be revised according to international standards. In Colombia, an IPR regulation on eCommerce was enacted in accordance with Law No 23 of 1982 on Copyright, Decision no 351 of 1991 on Cartagena, and Decree no 162 of 1996.