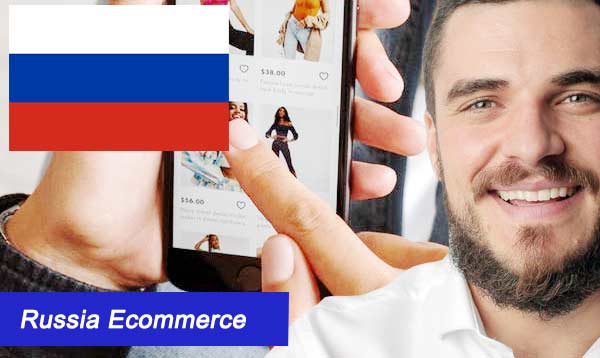 Nadezhda Vinogradova from Data Insight provides detailed explanations and statistics of the complexities of the Russian e-commerce cross-border industry.

The Russian e-commerce industry in 2019 was US$32 billion and 800 million (including across border) with the volumes of domestic e-commerce volumes forecast to top USD 35,1 billion and a number of orders is predicted to over 1.1 billion in 2020 according to Data Insight. According to Internet World Statistics, there were 116.3 million internet users in Russia in 2019, which represents almost 80% of the population in Russia in 2019, while the average for Europe is 87 percent.

In addition, growth in the eCommerce industry hit 28% in 2019, and in 2020 it increased dramatically to 44%. The pandemic has been a growth driver and some of the key growth factors are:

An increased frequency of internet orders and a constrained decrease in shops' visits.

Sharp growth in the eGrocery sector (4.5 times from scratch, growth in geography and audience).

The composition of the Russian e-commerce industry changed between 2019 and 2020: many new market leaders appear, with tens of a percentage point of market share and heavily investing in the market advertising and infrastructure.

Investment in the e-commerce industry is estimated to surpass USD 600 million. In reality, Wildberriers, which accounted for almost a quarter of the domestic market (USD 3.2 million with market growth of 89%), Citilink, has USD 1.3 million with a market growth of 24%, and Ozon, (USD 1.2 million with a market increase of 93%, were among the main actors on the market in 2019. In online shopping, 47% of orders are made for clothing, footwear, and accessories, while the leading sales representatives are online electronics (28%), and clothing, boots, and accessories for stores online is 25%.

International players are well placed on the Russian eCommerce market when it comes to them, and Chinese online retailers occupy the greatest market share. In parcels, AliExpress represents 79% of the overall cross-border volume in the parcel and representing 58% of the whole money, while the West has a smaller share and only 5% in parcels and 27% in cash. AliExpress, eBay, Joom, iHerb, and Asos are the top 5 international online stores in Russia.

The Post streamlined package customs clearance to this extent, although the customs clearance process needs more paperwork and takes more time and effort for other operators. Russia is recent and has not yet been shown to use bonded warehouses. When it comes to common methods of paying for cross-border packages in Russia, online credit card payment is the favored option, while PayPal is rarely used internationally.

Finally, we compiled a shortlist aimed at clarifying the complexities of the Russian e-commerce industry, which includes detailed examples and statistics.

Logistics is complicated and costly for the vast area, isolated towns, and low road conditions. The Russian Post is the only logistics provider in Russia. It has not been a good operator before recently, and new logistics firms have been launched on the market. Both these firms differ in consistency and terms of service delivery, owing to different delivery technologies.

Russia Orders In Large Cities Are Disproportionately In Volume

The major e-commerce centers are Moscow and St. Petersburg, which affects the location of the warehouse and the high concentration of retailers in the two cities. This is one explanation of why it takes up to two weeks to supply goods to remote settlements, while the average shipping time in the central district is only two days.

Free or inexpensive distribution is the industry standard and also a challenge for some logistical operators. Same-day delivery systems are available to customers in major cities and Moscow locals are previously enjoying same-day delivery.

Misunderstandings of the English language restrict Russian customers to purchases from outside Russia. However, since these merchants adapted their websites to the Russian market and translated their content into Russian, shopping from international online stores has grown substantially.

Paying After Delivery Is Very Common In Russia

Not long ago cards became more common, with most Russians now having bank accounts. But Cash is still common, and customers are used to paying after the delivery of their order.