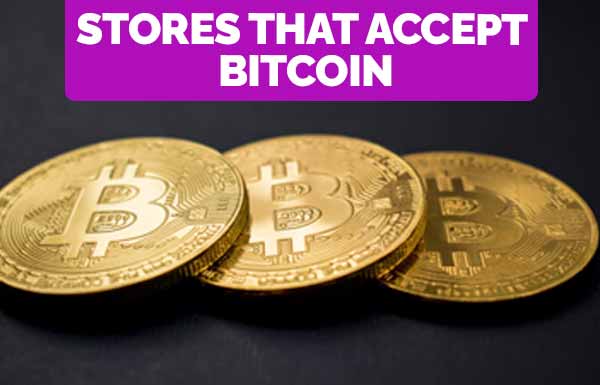 I think its safe to say that Bitcoin has taken over the crypto market.

Its the most popular and largest digital currency nowadays. And many companies including giants such as Tesla and others have embraced Bitcoin as a reliable payment method.

Today, I will discuss some of those big names, so lets dive right into it.

The Bitcoin matrix was developed back in 2009 when Nakamoto mined the genesis block which was the first block of the chain. The first transaction using Bitcoin took place just a year later.

Laszlo Hanyecz purchased Papa Johns pizzas for â‚¿10K. Thats how it all started. Today, companies such as the following that recognized the potential of cryptocurrencies, enjoy higher profits.

At first, Microsoft hesitated about backing cryptos but shortly after recognized their potential. Now, you can freely use Bitcoin among other cryptocurrencies such as Ethereum.

The worlds largest-open source encyclopedia also accepts donations in cryptocurrencies such as Bitcoin among others. And like most other companies, they complete their payments through Bit Pay.

Apparently, outlets in Venezuela announced a partnership with Crypto buyer to incorporate cryptos as a payment method. In the future, you can freely pay in Dash, Tether, Ethereum, Lite coin, and Bitcoin. The German branch of Burger King also started accepting payments in Bitcoin online in 2019.

The Canadian KFC also started accepting Bitcoin for a limited period in exchange for the â€œBitcoin Bucketâ€￾ and processes payments via Bit Pay. The bucket was delivered right to the buyers address.

The popular US online retailer, Overstock that sells tickets and lower prices because of overstocking just partnered with Coin base to enable Bitcoin payments for all their online purchases.

The leading game streaming platform owned by Amazon accepts Bitcoin Cash and Bitcoin as a payment method for services. They took down this option but re-enabled it shortly after.

Pizza Hut, the major pizza franchise accepts Bitcoin in Venezuela due to the economic sanctions imposed on Venezuela that pushed cryptocurrency acceptance in different businesses.

Newegg is a popular online retailer of different items like consumer electronics and computer hardware. Theyre one of the first businesses in this industry that accept Bitcoin for payments.

Just like Wikipedia, the Internet Archive accepts donations in Bitcoin. Situated in San Francisco, this non-profit, digital library contains hundreds of billions of web captures in their web archive.

The popular US-based movie theatre chain, AMC has released a statement saying that they will embrace Bitcoin payments for movie tickets.

Tesla invested $1.5 billion in Bitcoin. They also announced that they will be accepting payments in Bitcoin for their popular electric cars. However, they had a change of heart and backed down. As soon as Bitcoin mining is powered by over 50% renewable energy, Musk will enable Bitcoin buys again.

Starbucks was waiting for the Bakkt app to launch so they can accept Bitcoin payments in 2020. The app is out now! Meaning, you can freely make payments in Bitcoin at Starbucks at the moment.

Thanks to the spending app Spend, you can purchase your groceries at Whole Foods in Lite coin, Bitcoin, or the Gemini dollar without issues. However, since the app isnt only in partnership with Whole Foods, you can also buy at Jamba Juice, GameStop, Regal Cinemas, and Baskin Robbins in Bitcoin.

Overview of Stores That Accept Bitcoin

Shopify is listed as the best ecommerce software related to Ecommerce Bitcoin Platforms. Shopify was founded in 2006 in Ottawa, Canada and currently has over 6,124 employees registered on Linkedin.