US Digital Sales Table of Contents 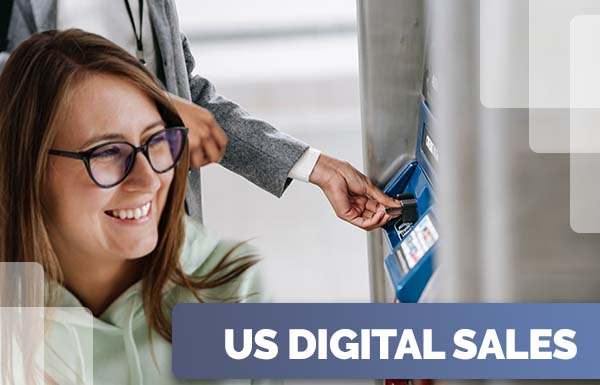 In the world of online sales, America is one of the leading countries in e-commerce. It boasts the largest economy in the world and is a global leader in cross-border e-commerce exports and imports. It's where e-commerce conglomerates like eBay and Amazon got their start.

When it comes to online sales, the United States is leading the Western world. America, with its currency value, population, modern technologies, and unbridled enthusiasm for online shopping, makes it an ideal location for growth-oriented online stores.

The United States e-commerce growth has been experiencing changes in growth over the past few years. According to data from the US Department of Commerce, e-commerce sales in the United States have been continuously increasing for more than a decade, with significant growth in the prior year.

During the pandemic in 2020, large merchants such as Amazon, Walmart, and Target benefited from the quick shift to e-commerce. Target, which releases second-quarter earnings in 2020, showed a surge in digital sales in the first quarter, while Amazon and Walmart both announced large increases in e-commerce sales in the last quarter.

Growth of US Digital Sales

Americans spent $437.8 billion on online goods during the first six months of 2022, a 22.1 percent increase over the same period last year. Retail e-commerce sales in the United States are expected to reach $222.5 billion in the second quarter of 2022, up 3.3 percent (0.7 percent) from the first quarterly period.

Amazon is the world's largest e-commerce retailer which started as an online bookstore. It was founded in the year 1994 in the US. Amazon.com holds the record largest sales and profits in books and literature, electronics, clothes, and media. The profit made from Amazon prime services has made it easy for online shoppers in the US by providing 1 to 2 days free delivery of products. Amazon has a record of $108.5 billion in sales in the first three months of 2022.

Another e-commerce giant in the US is eBay; it was founded in 1995 in California, USA. eBay is one of the big head starts in the global race for online sales domination. eBay has been one of the leading online marketplaces for more than 2 decades, the first of its type and one of the biggest in the world, providing consumers with an online platform to buy and sell whatever they want to and earn money, while aiming for their goals. Today, eBay leads areas such as electronics, vehicles, clothing, collectibles, and more, offering free delivery on many items through auctions, straight from companies, and verified sellers.

Since the 1960s, Walmart has been a household name in the United States. It has established itself as a low-cost mega-warehouse that has grown into the world's largest retail conglomerate, with stores in 50 states and a strong e-commerce presence in the United States, Canada, and Mexico. Its online store sells a wide range of products, including food, electronics, as well as home appliance, and car accessories.

Overview of US Digital Sales