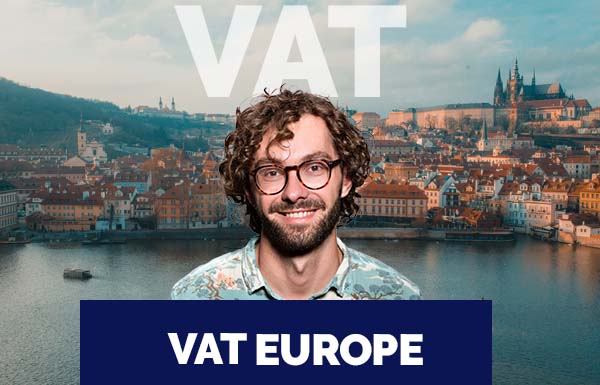 VAT or value added tax exists in 140 countries on services and goods. VAT is applicable in the European Union. VAT differs across European member countries.

Businesses along the value chain get a tax credit for the VAT already paid. The final user doesnâ€™t, making it a tax on final consumption.

The VAT or value-added tax, in the EU, is a general and widely-based consumption tax estimated on the value added to both products and services.

Imports, on the other hand, are taxed to preserve the system fair for the European Union manufacturers so they can take part on fair terms on the EU market with retailers located outside the EU.

VAT or value-added tax represents a general tax that applies to every commercial activity, including the production and distribution of products and the provision of services.

However, if the yearly turnover of a business is below the threshold (a specific limit) which differs, they donâ€™t have to charge value-added tax on their sales.

Why Do All EU Countries Use VAT?

When the European Community was initially created, the first 6 European Union countries were utilizing various forms of indirect taxation, and most of them were cascade taxes.

They were multi-level taxes that were each levied on the real value of output at each level of the making process, making it hard and almost impossible to state the actual amount of tax included in the end cost of a specific product.

As a result, there was always a chance that European Union countries would accidentally or deliberately moderate their exports by overdoing the taxes refundable on exportation. It was quite clear that if there was ever going to be a single European market, a neutral tax system was a must.

A transparent tax mechanism ensures tax neutrality and enabled the exact amount of tax to be rebated at exportation. As stated in VAT on exports and imports, the added-value tax enables the certainty that exports are transparently and completely tax-free.

How VAT Is Charged?

The value-added tax on every sale is a percentage of the end price. However, the taxable individual can deduct all the tax already paid at the preceding level.

Registered value-add tax traders have a number and they have to display the value-added tax to buyers on invoices. So, if the customer is a registered trader, they know how much they can deduct in turn, and how much tax they have paid for the product or service.

What Are The VAT Rates?

The European Union law requires that the regular VAT rate should be at least 16% and the lowered rate at least 5% (only for suppliers of services and products referred to in the exhaustive list).

You can easily find the current VAT rates for certain products in a specific European Union country in the countryâ€™s VAT authority. Itâ€™s the most accurate and reliable source of information on rates.

Hungary, Denmark, Croatia, and Sweden remain as the European countries with the highest added-value tax rates. Hungary at 27% while the remaining 3 countries at 25%.

Luxemburg has the lowest regular VAT rate at 17%, followed by Malta at 18%, and Romania, Cyprus, and Germany all at 19%. The European Unionâ€™s regular standard rate is 21%.

Some countries applied temporary value-added tax rate changes due to the pandemic. Value-added tax rate cuts on products and services provided by companies especially affected by the economic downfall of the COVID-19 pandemic like the hospitality sector were most common.