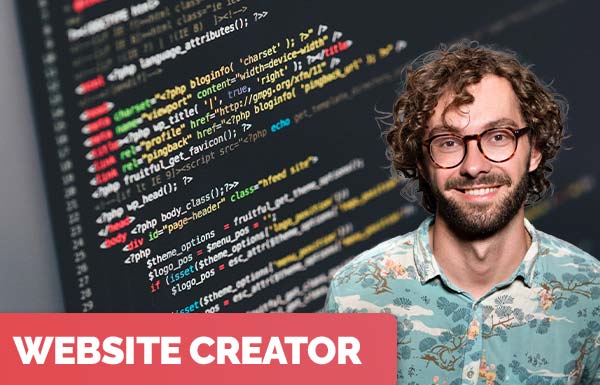 A few decades ago, when the Internet was new, all considered website creation a very complicated and difficult process. Therefore, only IT professionals were building websites. In these days, the idea and purposes of web design changes. Today’s website design is a separate industry and it requires fast loading speed, good content placement and search engine optimization.

Here we will explore the development stages of the Internet and website creators.

On August 6, 1991, there was a posting in one of the newsgroups announcing of the Web. The world’s first website was CERN launching in November 1992.

Two years after the start of the World Wide Web, ALIWEB (Archie Like Indexing for the WEB) launched its business. ALIWEB is the first web search engine in the world. It used a colored background to direct the attention of users to the more important parts of the webpage.

Many people do not know how old is online marketing. Hotwire (nowadays is famous as Wired) added the world’s first banner ad into the header of its website. The page contained little text, but more design issues for attracting visitors.

At that time, JavaScript was created helping designers overcome the drawbacks of HTML. In the result, ‘popup’ window was created.

The number of the users of Internet reached 36mln globally. An important development was the presentation of a great website design by CNN. Using text, images and ads, this webpage had a balanced design with good usability.

In this period, Flash was created allowing designers building shapes and animations through a single tool.

In this period, the Internet started to look like today’s internet. Google Beta launched on September 4.

Cascading Style Sheets (CSS) was created in 1998 and is used until today. The principle of CSS is to separate content and presentation.

The year 2000 is famous with the development of doing business. Paypal, which provides online payment services, launched in 1999 and started to grow in 2000. At that time, more and more companies were shifting to online.

In the year 2003, website design started to be biased not only to the technical industry. With the establishment of WordPress, the things changed. As of May 2003, around 2000 blogs were installed on WorldPress already.

The first website allowing users to create own accounts and connect with each other was MySpace. MySpace also made it possible for users to customize their profiles providing access to HTML editors.

Although Facebook was launched in 2004, it gave access only to college students. In 2006, it went public and created boom in the world. Facebook changed the idea of social media and the way people were using the Internet.

In 2007 the first iPhone was released, leading to a new period in the industry of website design. Although Apple did not create the SmartPhone, they made it popular with smart and simple design.

By the end of 2009, the Internet was present in all the sectors of our lives. According to Times, one of the best 50 websites of 2009 was Flickr. The website provided users with a place for storing and sharing their pictures. Flickr was created by Yahoo and was the first website, which implemented collaborative tagging.

The year 2014 is famous for creating new marketing strategies, relevant to the new reality. The marketing professionals created inbound marketing by offering advice and engaging users with their website.

Social networks started to work as search engines and increased the need for content. Therefore, in these days content plays a crucial role in the fields of sales and marketing.

Website of a company is the first chance to get connected with a potential client. Today, the SEO optimization plays a vital role for companies to get found by search engines and gain an opportunity to be visited by users.

During the pandemic, everything went online. In the result of lockdowns, the term 'build a website' was searched more and more often. Businesses from all over the world started upgrade or create their websites in order to be able to survive the tough online competition. And today, there is a huge number of website creators offering their services to all the people who want to create a website and start an online business.

Shopify is listed as the best ecommerce software related to Website Creator Platforms. Shopify was founded in 2006 in Ottawa, Canada and currently has over 6,124 employees registered on Linkedin.